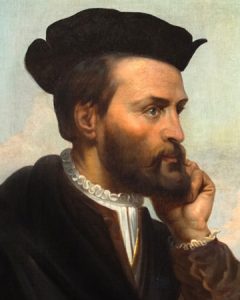 St. Lunaire-Griquet is about 20 km northeast of St. Anthony. The community is located around two large, island-strewn harbours, St. Lunaire Bay and Griquet Harbour. Both harbours were being used by Breton fishermen as early as 1534, when they were visited by Jacques Cartier.

The first English settlers at St. Lunaire-Griquet, as elsewhere on the French Shore, were likely guardians, who oversaw the French fishing premises during the winter months and were in return permitted to fish grounds which were normally reserved for the migratory French fleet. In the mid-1800s, the French Shore was frequented by a number of Newfoundland fishing crews from Conception Bay. The first settlers, in 1849, were the Patey family in St. Lunaire, and the Hills at Griquet. In the 1860s and 1870s other families settled, many of them from the Port de Grave-Cupids area of Conception Bay. By 1872 it was noted that the French had not been in the Griquet area in some years and their old rooms were being occupied by about 10 fishing families. In 1874 there were 174 people living in the area.

The first public building in the area was a Church of England, which was used both as a school and a chapel, built by the Rev. J.J. Curling around 1885, in gratitude for a narrow escape he had had at sea while serving as rural dean in the area. Soon there was a Methodist school/chapel at White Cape Harbour, which also served St. Lunaire. By the turn of the century Griquet was the residence of the magistrate for the area, Mark Alcock. By 1935 there were about 500 people living in St. Lunaire-Griquet, making it second in size only to St. Anthony among the area’s communities. It has since become the service centre for several smaller communities to the north: Quirpon, Noddy Bay, Straitsview, Hay Cove and L’Anse aux Meadows. Since the late 1960s and the establishment of a National Historic Park at L’Anse aux Meadows, tourism has become an important supplement to the fishery.